Digital Advertising Specialist Matthew Abad works behind the scenes here at Illuminati Studios to perpetually monitor, strategize, and optimize your digital campaigns for maximum performance and results. He pours his heart and energy into everything he does both in and out of the office, and we feel fortunate not only to have him on our team but also just to know him. Born and raised in Miami, Florida, Matt attended school at Florida International University, where he pursued a range of interests from history to film but honed in on communications with a focus in advertising. The common thread in his interests was storytelling, and that’s what he loves about his work in digital advertising: the challenge of finding that perfect formula to tell a brand’s story in a way that’s compelling enough for the prospect to take action. A self-proclaimed movie buff, Matt was obsessed with filmed stories ever since he was little, when he used to bring VHS tapes with him to watch while visiting relatives. Matt hesitated to name just one favorite movie but agreed to share his top three picks: Back to the Future, Pulp Fiction, and Ferris Beuller’s Day Off. For the past few years, he has hosted his own podcast where he talks about movies. Now he’s working on his first short film, which he will enter to be featured at a local film festival—writing, filming, and producing a piece that explores a unique cultural character in the melting pot that is South Florida: the traveling knife sharpener.

Matt shares his South Florida home with his fiancé, Steph, who handles traditional marketing for a law firm, and their standard poodle, Indy. Best friends since college, Matt and Steph have been together for 6 years and plan to get married in May 2017. We always love listening to their engagement story. After closing on their townhouse, Matt suggested a toast at their new home. When they arrived, Steph saw what Matt had painted on the wall: “Will you marry me?” After tears of joy, they crossed the street to their favorite local bar, where all their family and friends were waiting to celebrate with them.

Indy (named after movie icon Indiana Jones), came next. We’ve played with him here in the office when he was a tiny puppy, but now at 9 months old, he’s almost as big as us! Known as “the troublemaker” by his vet, Indy’s favorite foods are socks and underwear. Matt, on the other hand, prefers pizza topped with pepperoni and green peppers. From posting Indy’s story on Instagram to film production to digital campaign performance management, Matt is no stranger to technology—but even he encourages everyone to take an occasional day off from their smart phones and emails. He experienced exactly that on a recent trip to the Grand Canyon, where he spent five days hiking, rafting, and camping along the Colorado River. His trip looked and felt surreal, and one of his favorite parts was looking up from the bottom—especially at night, when there was so little light pollution that he could see the glint of satellites passing overhead.

Matt is an open book, always eager to share and collaborate, complete with high fives around the office and friendly reminders to “Keep up the good work!” He even shares his hidden talents with us, like flipping over a plate of food on one hand without spilling it, and doing “the worm” (which he learned and perfected in third grade because all the girls thought it was cool). So if you have any questions for him, don’t be shy—just ask!

Blog, In The News 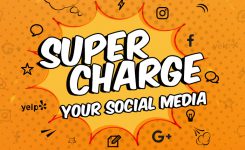 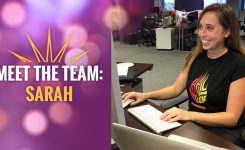 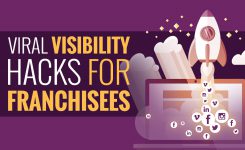 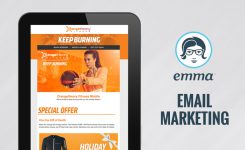